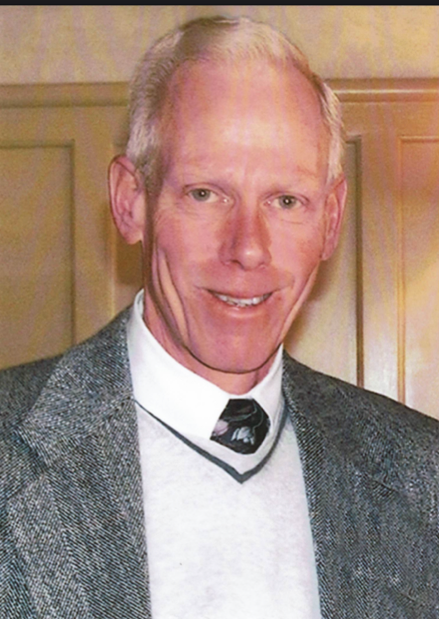 Brian E Dunn, 69, of East Hartford, passed away peacefully in the company of cherished loved ones at the Pilgrim Manor Nursing Facility, Cromwell on Wednesday, October 26, 2022 following a lengthy, but courageous battle with cancer.  He was born in Hartford on April 9, 1953 to the late James and Lois Doten Dunn of Bloomfield, CT.   Brian’s family, that also included 2 sisters, Patricia Howson (deceased) of New Hartford, and Elinor D’Angio of Reading, MA relocated to East Hartford in 1957 where he grew up, attended school, and graduated from the George Penney High School, class of ’71.

Following his formal education, Brian took a job at the Hartford Wire Works Co., working along-side his dad, and remained a faithful, diligent employee until 2015. He also worked in the data center of the Travelers Insurance Company from 1977-1996, until its relocation to Norcross, Georgia. Needless to say, Brian proved to be a well-respected, hard-working man, maintaining an exemplary work ethic while juggling two jobs.

Following the untimely death of his father in 1982, Brian assumed the responsibility of caring for his mother, and he became totally devoted to her until her passing in 2011. He not only loved his family, but was always happiest when helping others, be it family, friends, or mere acquaintances. He was truly an all-around generous and giving man, and was loved by all who were lucky to know him. Even throughout his final 8 months, while confined to the nursing home, Brian handily left his mark, capturing the hearts of every nurse, aide, volunteer, and clergy member who felt blessed and honored to have had the privilege to care for him.

Brian was an avid lover of the outdoors, and took enormous pleasure in hiking in the White Mountains, riding his Triumph motorcycle, or pedaling his Trek bicycle.  He took pride in staying physically fit, jogged daily, and loved participating in the annual Manchester Road Race held each Thanksgiving morning. This tradition was continued for nearly 35 years.  But his “coup de gras” was in January 2014, when he drove to Naples, FL, unannounced, to run along-side his sister Elin in a half-marathon that she had been training for.  That once in a lifetime experience brought sheer delight from start to finish for both siblings. And a snapshot of their exhilarated embrace after crossing the finish line together appeared in the Naples Daily News the following morning, giving new meaning to the expression “a true photo finish.”

Brian is perhaps best remembered and admired for his modest existence, and he took delight in simple pleasures like enjoying a pizza and a Gansett, or PBR with family or friends, polishing his vehicles, hearing his favorite vinyl records on his prized stereo components, watching The Stooges in black and white on Saturday night, or piecing together a jigsaw puzzle while listening to Dick Robinson on the radio.

During the past couple years, as the effects of cancer began to really limit Brian’s mobility, he was forced to be content with simply sitting on a park bench, watching the world go by, while nursing a freshly brewed coffee.

Brian is survived by his sister Elinor D’Angio, her husband Carl, and their family.  He is also survived by his late sister’s husband, Robert Howson of New Hartford, and family, his nephew, Robert Marandino and family of Canton, his aunt and uncle William and Janet Zito of Cromwell, and family, along with many cousins.  He also leaves many dear neighbors and most especially his closest friends, Paul Litke of Sarasota, FL and Ron Plant of Maryland.

The family expresses their appreciation for the doctors at Memorial Sloan-Kettering Cancer Center, Manhattan for the expert care they offered Brian during his 6-year association with them.

Much gratitude is also given to both the Hartford Healthcare Hospice Association and to the staff at Pilgrim Manor, Cromwell for their compassionate care and loving support during Brian’s final months.

Calling hours will be held at Mulryan Funeral Home, 725 Hebron Ave. Glastonbury, on Sunday, November 6th from 3:00 pm to 5:00 pm, and on Monday, November 7th from 10:00 am to 11:00 am. A funeral service will immediately follow on Monday at 11:00 am at the funeral home. A private burial will take place at Mount Saint Benedict Cemetery, Bloomfield at a later date. Donations can be made in Brian’s memory to: Memorial Sloan-Kettering Cancer Center (giving.mskcc.org) or PO Box 27106 New York, NY 10087 or Covenant Living of Cromwell Attn. Benevolent Care, 52 Missionary Rd. Cromwell, CT 06416 or Hartford Healthcare Hospice 1 Northwestern Dr. Suite 1, Bloomfield, CT 06002. For online condolences, please visit www.mulryanfh.com.

Share Your Memory of
Brian
Upload Your Memory View All Memories
Be the first to upload a memory!
Share A Memory