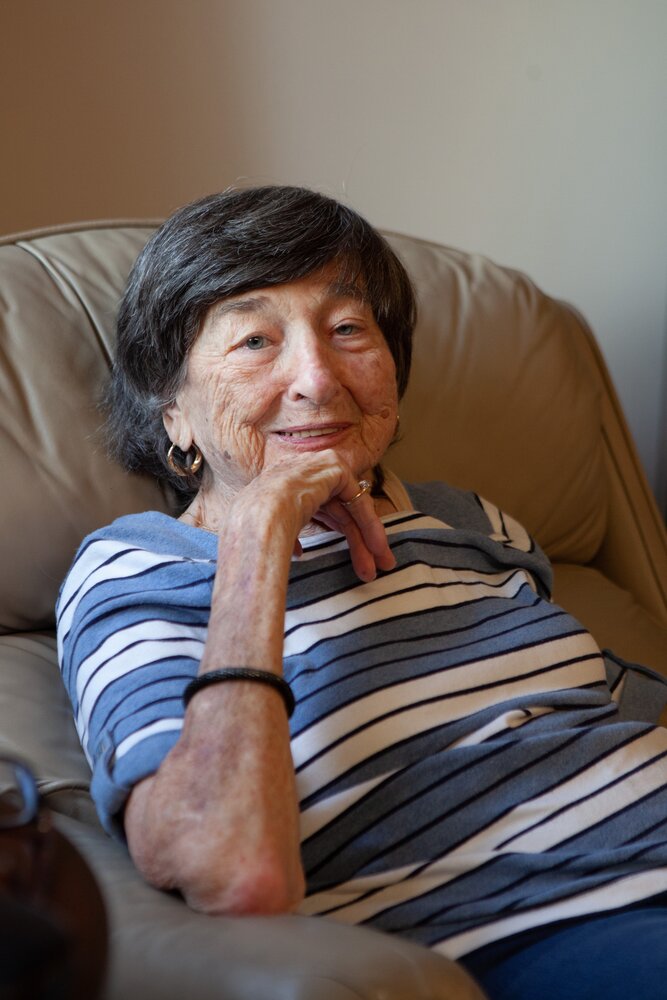 Please share a memory of Sonia to include in a keepsake book for family and friends.
View Tribute Book

On Friday November 12, 2021 Sonia Popper passed away at the Hebrew Home in West Hartford at the age of 95.  Sonia was born on March 14, 1926 to Clifford Halpern and Agnes Halpern (Hogan) of New York City.

Sonia was preceded in death by her husband Felix.  She is survived by her sons Elliot and his wife Ginny of Myrtle Beach, Stuart in New Britain and Larry in South Windsor and her grandchildren,  great grandchildren and several nieces and nephews around the country.  Sonia grew up in New York City, married Felix and moved to Connecticut and later lived with Felix in North Miami Beach, and later lived with Elliot and Ginny in Myrtle Beach.  She returned to Connecticut and lived for the last 6 years in the Herbert T. Clark House in Glastonbury.  Sonia lived the last 6 months in the Hebrew home in West Hartford.

The family would like to thank all her friends and the staff at the Herbert T. Clark house especially Arthur and Wynn for making her life there so happy.  The family would also like to thank the wonderful, caring staff at the Hebrew Home for taking such good care of Sonia over the last few months and especially their kindness over the last few days of her life.

Sonia loved her family and had a special place in her heart for her beloved grandchildren and great grandchildren who filled her life with so much love and joy.  Sonia was the mother of three sons but she was also the grandmother of five wonderful granddaughters and three wonderful grandsons and three great granddaughters and six great grandsons.  Sonia was blessed to have lived long enough to see her grandchildren marry and start families of their own. She loved to cook for everyone and we all remember fondly her matzoh ball soup and her mashed potatoes.

Sonia was a social person and had countless friends during her lifetime.  Sonia loved to travel and over her lifetime she traveled throughout Europe and much of the United States.  She worked many part-time jobs over the years and made many close friends at work including at her last and her favorite part-time job at the Journal Inquirer in Manchester.  Later in life when she was living in Myrtle Beach she volunteered at the Conway Hospital and joined the local chapter of the Red Hat Society.

In lieu of flowers, please consider making a donation to the Hebrew Home at https://donatenow.networkforgood.org/hebrewseniorcare

or the Dementia Society at https://dementiasociety.charityproud.org/donate

Share Your Memory of
Sonia
Upload Your Memory View All Memories
Be the first to upload a memory!
Share A Memory