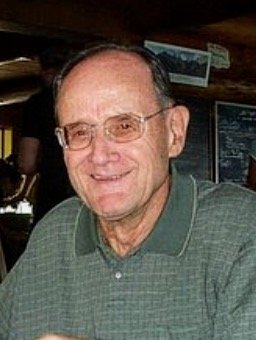 Get Directions
Wednesday
5
May

James Nuttall, beloved husband, father and grandfather, passed away at his home in The Villages, Florida on April 12, 2021 following an illness.

Jim was born in New Bedford, Massachusetts on February 3, 1935 and resided there until 1940 when his family relocated to East Hartford, Connecticut to pursue employment in the World War II defense industry.  Upon graduation from high school, he enlisted in the United States Air Force serving almost four years, predominantly in Germany.  During this assignment he met, and subsequently married, the former Hannelore Mueller, a resident of Frankfurt am Main, Germany. Following his military service, he attended the University of Connecticut, School of Business, from which he graduated in 1960.  Upon graduating, he was inducted as a lifelong member of Beta Gamma Sigma, an honor society of business school graduates worldwide. Jim was employed by the General Electric Company for thirty years and held managerial positions at multiple locations in the Northeast.  Following his retirement, he and his wife Hannelore relocated to Central Florida where they enjoyed an active lifestyle for more than eighteen years. Jim was a deacon of the First Congregational Church United Church of Christ, South Portland, Maine during the 1970’s and an active member of several other churches as he relocated during his professional career.  He was a congregant of the North Lake Presbyterian Church of Lady Lake at the time of his passing.

Relatives and friends are invited to visit with Jim’s family from 12:00 p.m. to 1:00 p.m. on Wednesday, May 5, 2021 at Mulryan Funeral Home, 725 Hebron Avenue, Glastonbury, CT 06033. A funeral service will follow at 1:00 p.m. at the funeral home. Burial will be in Green Cemetery, Glastonbury. In lieu of flowers, memorial contributions may be made in Jim’s memory to Americares, 88 Hamilton Ave., Stamford, CT.

Share Your Memory of
James
Upload Your Memory View All Memories
Be the first to upload a memory!