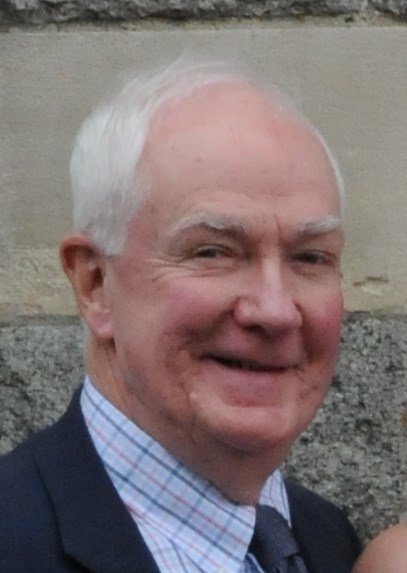 Richard “Dick” James Carty, 79, of Glastonbury, loving husband of Judy (Hill) Carty, passed away peacefully with his family at his side on Monday, November 25, 2019.  He was born September 10, 1940 in Boston, son of the late Bernard and Catherine (Coffey) Carty, brother of the late Michael Carty and surviving sister Bernadette Spellman.  He lived in Glastonbury for the past 46 years.  He attended Boston Latin High School and was a graduate of Northeastern University where he earned his Masters in Finance, and later achieved his CPA. With his tireless work ethic he became a successful business entrepreneur and continued to help his son with their business even until his last days.  Dick was an avid handball and tennis player for more than 50 years.  Boston sports teams were his passion but he most enjoyed coaching and cheering on his children and grandchildren from the sidelines.  His big heart and Irish wit won over all he met in life.  Dick will be forever missed by his wife, Judy, of 53 years, son Christopher Carty of Willington, daughter Leah Carty, of Ashford, son Rich Carty and his wife Kristen Carty of Suffield.  His greatest joy was spending time with his grandchildren, Tess, Devon, Raegan, Jack and Joe.  A Mass of Christian Burial will be celebrated on Tuesday, December 3, 2019 at 10:30 am, at St Dunstan Church, 1345 Manchester Rd, Glastonbury.  Burial will be at a later date in Cambridge, MA. Family and friends may call at the Mulryan Funeral Home, 725 Hebron Ave, Glastonbury on Monday, December 2, 2019 from 4-7 pm. The family wishes to thank the Hartford Health Care at Home Hospice team for their compassionate care.  In lieu of flowers, donations may be made to Memorial Sloan Kettering Cancer Center, 1275 York Ave., New York, NY 10065 or to Save All Dogs Rescue, 120D Hale Road, Manchester, CT 06040.

Share Your Memory of
Richard
Upload Your Memory View All Memories
Be the first to upload a memory!