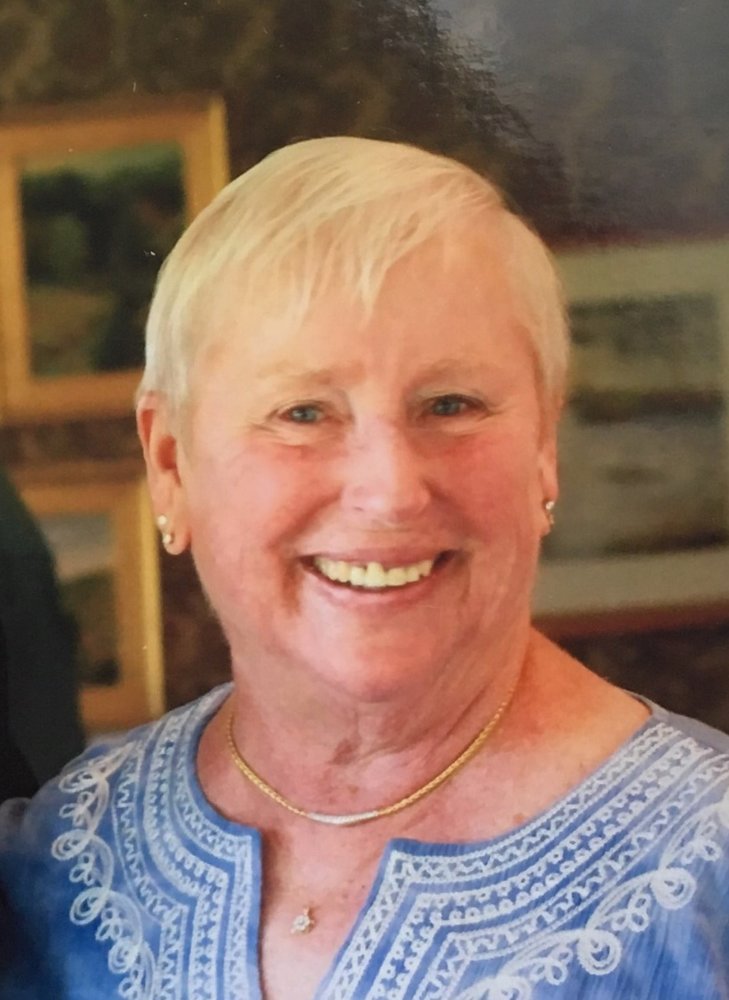 Virginia “Ginger” Ruth (Whelan) Fay, 84, of East Hartford, Connecticut and Leesburg, Florida passed away Friday, July 5, 2019 surrounded by her loving family. Ginger was born in Boston and raised in the Point of Pines section of Revere, Massachusetts. Born to Augustine C. Whelan and Mary Doubleday Whelan, Ginger graduated from Salem University with a degree in elementary education. Always ahead of her time, upon graduation, Ginger packed up her belongings and headed west to California where she taught first grade in Oxnard. After teaching in California, she decided to move back east, accepting a teaching position in Norwalk, Connecticut. While teaching in Norwalk, Ginger met the love of her life, her husband of 59 years, Thornton “Joe” Joseph Fay, Sr.

Ginger and Joe settled in East Hartford and raised their family. After being a stay-at-home mom, a role she loved and embraced, Ginger earned her Master’s degree in Special Education from the University of Hartford. Happily returning to the classroom as her four children got older, Ginger taught special education in East Hartford. She touched the lives of countless students over her 28 year career, and loved catching up with former students and celebrating their successes.  A gifted educator, Ginger will be remembered for the lasting positive impact she made on others.

Despite her professional accomplishments, Ginger routinely stated the work she was most proud of and truly loved was that of being a mother. Ginger was a hands-on mother; volunteering to lead scout troops, attending numerous sporting events, concerts, and dance recitals, and driving carpools. Each night, she prepared a beautiful home-cooked dinner for her family, complete with tablecloths and napkins, shared by candlelight. During the summer, she often packed up her station wagon with her four kids, their friends, and headed out to the beach, museums, state parks, and other destinations. Ginger adored being Grammy to her eight grandchildren, where she continued many family traditions.

Ginger loved celebrating special occasions with family and friends. A generous hostess, there was always room for one more at her and Joe’s table. Thanksgiving was her favorite holiday where she continued to host family gatherings. True to her nature, anyone and everyone was welcome to these feasts, from in-laws, to friends, to neighbors. These gatherings were filled with good food, libations, great conversation, hearty laughter, and much love.

Ginger had many talents and interests. She was a talented chef, avid reader, piano and ukulele player, walker, Zumba dancer, and knitter. She loved the beach, music, concerts, sports, and nature. But most of all, she loved her family and friends. She was extremely proud of her family and her Irish heritage. Every March 17, she served corned beef and cabbage with all the trimmings for dinner.

Ginger’s family and many friends will miss her terribly. She will be remembered for her kindness, generosity, wit, charm, and style. She is survived by her husband, Joe; her four children and eight grandchildren. Mary Fay and Mary Smith of West Hartford, CT; Margaret and Stuart Craig of South Glastonbury, CT; Thornton “Joe” Fay, Jr. and Susan Fay of Madison, CT; and Kathleen and Michael Zilahy of Glastonbury. Her grandchildren John Craig, Christopher Craig, Mia Zilahy, Alexandra Zilahy, Jake Fay, Kelly Fay, Alanna Fay and Kathleen Fay-Smith. She is also survived by her sister Kathleen Bamberg of Revere, Massachusetts, as well as her brother and sister-in-law Thomas and Alice Fay of Manhattan Beach, California, Francis X. Fay Jr. of Rowayton, Connecticut and Gerard and Christine Fay of Ellicott City, Maryland, as well as her niece and nephews. She was predeceased by a sister, Rosemary Whelan and two brothers, Augustine Whelan and Vincent Whelan.

Friends may call at the Mulryan Funeral Home, 725 Hebron Avenue, Glastonbury, CT on Thursday, July 11 from 4-7.  A Mass of Christian Burial will be celebrated Friday, July 12 at 10:00 a.m. at Saint Edmund Campion Parish, St. Christopher’s Church, 538 Brewer Street, East Hartford, Connecticut (meet directly at Church). Burial will be in the State Veterans Cemetery, Middletown. In lieu of flowers, the family asks that donations be made to the Ginger Fay Young Educator Scholarship Fund. Checks may be made out to Ginger Fay Young Educator Scholarship Fund and sent to P.O. Box 270684, West Hartford, Connecticut, 06107.

Share Your Memory of
Virginia
Upload Your Memory View All Memories
Be the first to upload a memory!