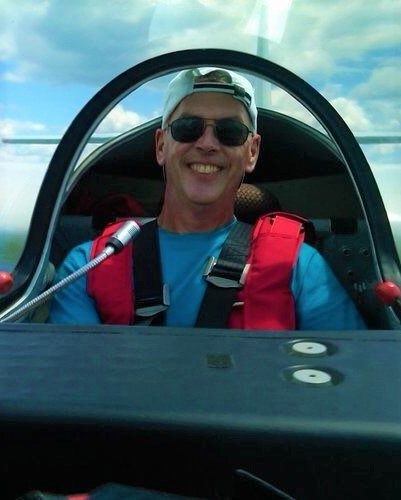 Pierre F. L’Heureux, 69, of Glastonbury, beloved husband of Marie (Rajcula) L’Heureux, completed his final glide Thursday June 6, 2019 at home surrounded by his family. Born January 11, 1950 in Chicago, IL, son of the late Maurice and Patricia (St. Pierre) L’Heureux, he had lived in Villa Park, IL and Wethersfield before moving to Glastonbury 26 years ago. Pierre graduated from Willowbrook High School, Villa Park, IL in 1968, and attended John Felice Rome Center 1972. He received his BS in Physics from Loyola University of Chicago in 1973 and his MS in Nuclear Engineering from the University of Illinois in 1974. Pierre worked for Northeast Utilities, Conn Yankee Power Station, Millstone Power Station and retired from Dominion Energy in 2010. He was a member of the Porsche Club of America, Aircraft Owners and Pilots Association, Experimental Aircraft Association, US Ultralight Association and the Greater Boston Soaring Club. He coached his daughters’ Hartwell Soccer teams and volunteered as an AARP tax Assistant. Pierre was a constant tinkerer; he loved taking things apart just to figure out how they worked before putting them back together, most times to be more effective than before. Never one to stop learning, in retirement he earned his pilot’s license and spent much of his time soaring. Otherwise he took as many trips overseas as he could plan, including India, England and especially Italy. Pierre was lucky enough to walk his daughter Adrienne down the aisle for her wedding last year.  Besides his wife he is survived by his three daughters, Adrienne L’Heureux Power and her husband Chris Power of San Francisco, CA, Renee L’Heureux and her partner Addie Reilly of New York City and Janine L’Heureux of London, England and four brothers, Victor L’Heureux and his wife Penny of Crystal Lake, IL, David L’Heureux of Diamondhead, MS, Paul L’Heureux of Campbell, PA and Claude L’Heureux and his wife Jean of Oak Park, IL. He was predeceased by his sister Suzanne L’Heureux. Our family would like to thank the many friends and family members who lent a kind hand to us and were able to brighten Pierre’s final years. We would also to thank Dr. Michael Hurwitz and his team at Smilow Cancer Center, Dr. Stuart Kessler at Hartford Hospital, Brian Lawler from CT Hospice, and all the members at the Advanced Prostate Cancer Support Group, especially Carole Fox for their care, concern and support.   A Mass of Christian Burial will be celebrated on Friday June 14 at 10am in The Community of Ss. Isodore and Maria at St. Augustine Church, 55 Hopewell Rd., South Glastonbury. Interment will follow in Holy Cross Cemetery, Glastonbury. Friends may call at the Mulryan Funeral Home, 725 Hebron Ave., Glastonbury on Thursday June 13 from 6-8pm. In lieu of flowers memorial donations may be made to the Prostate Cancer Foundation, 1250 Fourth St., Santa Monica, CA 90401. www.pcf.org. For online condolences please visit www.mulryanfh.com.