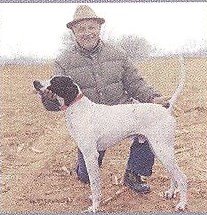 Eugene Louis Casale, 98, of Glastonbury passed away peacefully at home on Tuesday, February 5, 2019. He was the beloved husband of Elsie (Hazeldine) Casale.

Born in Harford, he was the son of the late Anthony and Angelina (DeParle) Casale. Eugene was a U.S. Air Force veteran of World War II. He and his wife Elsie owned and operated the Aircraft Hardware Store in East Hartford which they opened in 1948 and retired from in 1982. Eugene was a lifelong member of the East Hartford Sportsmen’s Club, along with many others. He raised, as well as trained, English Pointer dogs most of his life and won many Field Trials with them, later being inducted into the Field Trial Hall of Fame.

In addition to his wife, Eugene is survived by his daughter Janet Noble of Old Saybrook, his two sons and daughters-in-law Gene and Pamela Casale of Marlborough, George and Tammy Casale of Marlborough, his grandchildren, Michael Brenza, Adam Noble, Joel, Heather, Anna, Ashley, Allyson and Adam Casale, Amanda White and her husband Josh, his great granddaughter Casey-Marissa Casale and several nieces and nephews.

Family and Friends may call on Friday from 5:00 pm to 7:00 pm at the Mulryan Funeral Home, 725 Hebron Ave., Glastonbury. Funeral services and burial will be at the convenience of the family. In lieu of flowers, memorial donations may be made to the National Bird Dog Museum, 505 TN-57, Grand Junction, TN 38038.

Share Your Memory of
Eugene
Upload Your Memory View All Memories
Be the first to upload a memory!