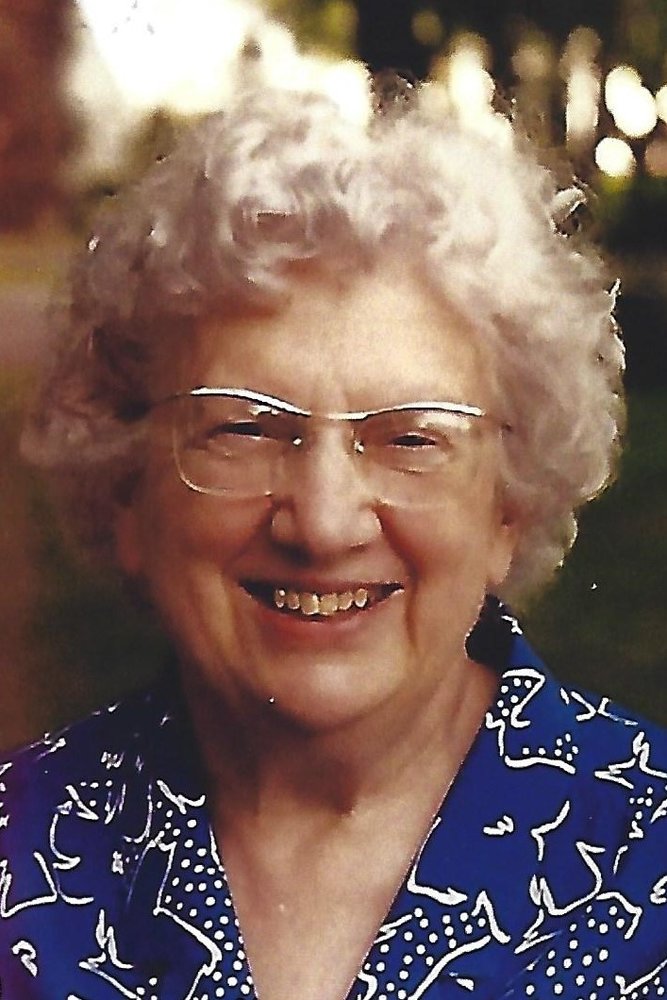 Priscilla Brighty, almost 100, died in her sleep on January 7, 2019.  Born into the Pickett family on April 14, 1919, Priscilla grew up in the Jamaica Plain section of Boston as the youngest in a family with two brothers and a sister.  After graduating from Boston Latin High School and Simmons College, she worked for a Boston publishing firm, which awakened in her a lifelong interest in writing for publication.  Always a lover of learning, she was an avid reader of nonfiction and took chemistry courses when she was nearly 70.

Priscilla was married to Warren Brighty from 1942 until he died 46 years later.  They lived in Fort Wayne, IN, until 1955, when they moved to Schenectady, NY.  The couple had four daughters, and Priscilla was a homemaker and later a real estate agent, served on the town board of assessors, and volunteered with Literacy Volunteers and in her local library when it still had a card catalog.  In 2013, Priscilla moved to what is now Atria Glastonbury’s assisted living facility, where she was lovingly cared for by the Atria staff as well as by caregivers from Home Aides.

Priscilla is survived by her four daughters and a number of other descendants.  Her eldest daughter is Janet von Wodtke, who with her husband Henry, has a daughter Lietza.  Lietza and husband Mark Molloy are the parents of Priscilla’s great grandchildren, Aidan, Elise and Luke.  Priscilla’s second daughter is Barbara Bubar, who with her husband, Richard, has a daughter, Benay.  Priscilla’s third daughter, Elaine, and her husband David Cox, who met as Amherst College faculty members, are the parents of Kevin and Lore.  Priscilla’s youngest daughter, Katherine, is married to Wendell Windisch and worked as a research chemist for Pfizer.  Katherine has step children and step grandchildren, as does her oldest sister Janet.  Other survivors include Priscilla’s nephew, Ned Vaughan; his wife, Judy; and their children, Lindsay, Ryan and Suzy.

A memorial service will be held at First Church in Wethersfield, CT beginning at 11:00 AM on Saturday February 9th.  In lieu of flowers, donations in Priscilla’s memory may be made to City Mission of Schenectady, PO Box 760, Schenectady, NY 12301-0760 or to the Salvation Army, 855 Asylum Avenue, Hartford, CT 06105.

Share Your Memory of
Priscilla
Upload Your Memory View All Memories
Be the first to upload a memory!