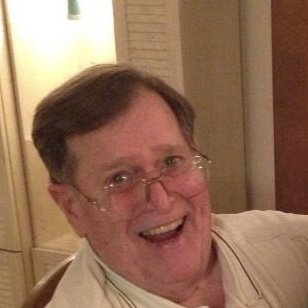 Obituary of George A. Thompson, IV

George A. Thompson, IV, 74, of Manchester, beloved husband of 49 years of Betty “Agnes” (O’Connell) Thompson, died Sunday December 16, 2018 at Hartford Hospital.  Born January 19, 1944 in Holyoke, MA he was the son of the late George Adam Thompson III and Mary (Burns) Thompson.  George has lived in Connecticut since 1968 primarily in Manchester.  He served in the U.S. Navy as an encryption expert before becoming a Sargent on the Hartford Police Force.  While working as a police officer full time and raising a family he graduated Magna Cum Laude from the University of New Haven.    George used to say he married the best woman he ever met.  Besides his wife he is survived by his daughter Kimberly A. Thompson and her partner Ghows Tarzi of Glastonbury and his son George Adam Thompson II of East Haddam and his granddaughter who he said has been the biggest blessing in his life Arianna Elisabeth.  He is also survived by his sister Nancy Abbey of Chicopee, MA and several nieces and nephews in Western Massachusetts.  He was predeceased by his brother Christopher Thompson and sister Linda Thompson Kleszczynski both of Holyoke, MA.  A Mass of Christian Burial will be celebrated on Thursday December 20th at 10 am at St. Thomas Apostle Church where he was married.  The church is located at 872 Farmington Avenue West Hartford, CT.  Burial will be at Fairview Cemetery, 200 Whitman Avenue, West Hartford immediately following.  Calling hours will be Wednesday evening from 5:30 – 7:30 PM at Mulryan Funeral Home, 725 Hebron Avenue Glastonbury, Ct.

Share Your Memory of
George
Upload Your Memory View All Memories
Be the first to upload a memory!