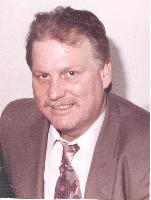 John J. Ruddy, 57, of East Hartford entered into eternal peace on Saturday, July 16, 2011. He was born on November 9, 1953 in Hartford to the late Robert F. Ruddy, Sr., and Marjorie (Higgins) Ruddy. He was the beloved husband of Patricia (Thomas) Ruddy. He is survived by his daughter, Stacey (Ruddy) Maher and her husband, Sean Maher of South Windsor. He leaves two grandchildren, James and Rachel Maher, whom he adored. He is survived by his two dogs, Harley and Keisha Ruddy. John was a longtime resident of East Hartford and a graduate of Penney High School. He was the co-owner and operator of Main Street Automotive, Inc. with his childhood friend, Robert Jacques. John was a proud member of the Knights of Columbus and well-known throughout his community. He loved his family and worked hard to provide for them his entire life, especially his Stacey. He spent many Sunday mornings with his grandchildren either attending James' football games or Rachel's horseback riding shows. He also leaves behind his brother, Robert F. Ruddy, Jr. and Carol Somers of Bristol and his sister, Pamela (Ruddy) Brown and Thomas Brown of South Windsor. He is also survived by his father-in-law and mother-in-law, Joseph and Julie Thomas of East Hartford, his sister-in-law, Robin (Thomas) Kitchen and husband, Terrence Kitchen. John is survived by many nieces and nephews: Kimberly DeRoehn, Robert F. Ruddy III, Scott Ruddy, Chantelle Donovan, Tammy Morissette, Tracy Desrocher, Craig Ruddy, Jr., Jessica Ruddy, Malorie Brown, Jake Brown, Allison Brown, Matthew Kitchen and Alexander Kitchen. John also leaves behind many cousins and life-long friends. Besides his parents, he was predeceased by his brother, Craig Ruddy, Sr., his nephew, Christopher Ruddy., his nephew, Brett Donovan and his godson, Jon Paul Jacques. Funeral Service will be Friday, July 22, 2011 at 10:30am at Mulryan Funeral Home 725 Hebron Ave., Glastonbury. Burial will follow at Holy Cross Cemetery in Glastonbury. Family and friends may call at the funeral home on Thursday, July 21, 2011 from 5-8 pm. For online tributes please visit www.mulryanfh.com