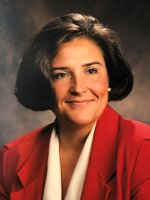 Elizabeth “Betty” Schmitt, 72, of South Glastonbury passed away peacefully on Thursday, October 15, 2020. Born in Rochester, NY, she was the daughter of the late Charles William Schmitt, Sr. and Edna Faye (Grover) Schmitt, and predeceased by her brother Charles, Jr. She was a graduate of Penfield Senior High, Class of 1966. Betty earned her Bachelor of Architecture degree from the Rhode Island School of Design (RISD) as well as her Bachelor of Fine Arts. She then went on to earn her Master of Education degree from Harvard, 1974. She worked for the State of Connecticut Department of Education, as a Bureau Chief and Special Assistant to the Commissioner. In later years as Project Coordinator and State Improvement Grant Division of Educational Programs. Betty was a great supporter and advocate of the Great Meadows Conservation Trust, The Friends of Nayaug, and The Glastonbury Historical Society. She was awarded multiple honors relating to her staunch advocacy of public education. She is survived by her sister Susan Schmitt of Webster, NY, her two brothers; Ronald Schmitt and his wife Barbara of Pittsford, NY, Frederick Schmitt and his wife Robin of Webster, NY. Nephews; Kevin, Chris, Peter, Tim and Nieces; Kim (McKee), Jennifer (Sauers), Dannielle, Christine, 7 grand-nephews and one grand-niece Funeral services and burial will be private. There are no calling hours. In lieu of flowers, memorial donations may be made to the Great Meadows Conservation Trust, Inc., PO Box 171, Glastonbury, CT 06033.