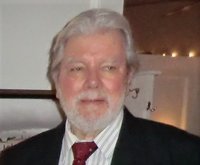 Richard F. Hertel, 83, of Glastonbury, beloved father, passed away peacefully with his loving family by his side on Monday, October 5th after a short illness. Born in The Bronx, NY to Francis and Irene Hertel, he was the eldest of four children. Richard graduated from Mt. Saint Michael Academy in the Bronx where he held the honor of senior class president. During high school and college he worked at the Carpenter Ave Deli and often shared fond memories with his family of his time there. In 1958 he earned a BS in Aeronautical Engineering from NYU. Richard married his high school sweetheart, Roberta Cavanna, in 1959 and they lived in California before relocating to Connecticut in 1961, eventually settling in Glastonbury four years later where they raised their family. Richard was an engineer at Pratt & Whitney for 32 years, primarily working in the engine test group before retiring in 1993. He was a kind and gentle soul with a soft heart who enjoyed the people he worked with and was a mentor to many and a friend to all. He was quick with a smile and was always ready to provide help and offer words of encouragement. Richard was a lifetime Yankees and Giants fan and an avid follower of UCONN basketball. He previously served as a member of the Jaycees, St. Paul’s Church Men’s Club, and coached Little League baseball, youth basketball, and served as a Cub Scout and Webelos Leader. What he cherished most in life was his family and he loved the frequent family gatherings, meals, visits and phone calls throughout the years. He is survived by his son, Christopher Hertel and wife Susan of Wethersfield, son Keith Hertel of Lantana, FL, daughter Nancy Teveris and husband Peter of S. Glastonbury, daughter Laurie DeCapio of Glastonbury, who lived with and cared for him this past year, granddaughter Erica Teveris and husband Matthew Staebner, and grandson Jesse Teveris, all of S. Glastonbury, sister-in-laws Lynn Hertel and Elaine Cavanna and many nieces and nephews. He was pre-deceased by his wife of 44 years, Roberta, his son-in-law Richard DeCapio, his brother Peter Hertel, his sisters Sr. Anne Hertel and Barbara Hannan, brother in laws Larry Hannan and John Cavanna, and nephew Michael Hannan. Friends may call on Monday, October 12, 2020 from 5:00 pm – 7:00 pm at Mulryan Funeral Home, 725 Hebron Avenue, Glastonbury. In order to adhere to current COVID 19 mandates, masks are required and six feet of social distancing will be maintained. In lieu of flowers, memorial donations may be made to the Leukemia and Lymphoma Society, PO Box 4072, Pittsfield MA 01202, or American Diabetes Assoc., PO Box 7023, Merrifield, VA 22166-7023.