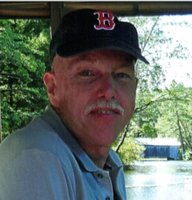 . Alan J. Mattson, 65, of South Glastonbury the beloved husband of Barbara J. (Costello) Mattson, died Friday, April 17, 2020 after a long battle with dementia. He was born in Canton on June 28, 1954, the son of the late Milton and Shirley (Alender) Mattson. Al attended Dean Junior College graduating in 1974 with an Associate of Science Degree and then attended SUNY College at Cortland, receiving a Bachelor of Arts Degree in 1976. In 1977 he joined the Connecticut State Police where he proudly served for 30 years retiring in 2008 as a Master Sergeant. As an avid sports fan, Al had season tickets for the Patriots and he loved rooting on the Red Sox. He also loved traveling with Barb, especially their trips to Disney World, Maine and the four corners of the world. His family was of utmost importance to him. He is survived by his wife, Barbara, two sons; Darren Mattson of Newington, Daniel and his wife Kristy Mattson of West Suffield, five loving grandchildren, Evan Mattson, Ben Stanley, Libby Stanley, Finley Mattson, Callie Mattson, his brother Gerald and his wife Janice Mattson of Norfolk and many other family and friends. The family would like to thank Atria Life Guidance and Memory Care in Glastonbury and Hartford Healthcare Hospice for all the care and love given to Al. A Mass of Christian Burial will be held at 10:00 am at the Church of the Assumption, 27 Adams St. South, Manchester on August 29, 2020 (Mask and Social Distancing are required).