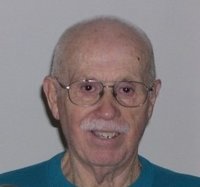 Donald W. Repoli, 86, formerly of Andover and East Hartford, passed away peacefully at Glastonbury Health Care. He was the loving husband of the late Patricia (McKelvey) Repoli. Born March 8, 1934, in East Hartford, he was the son of the late Nicholas and Mary (Pinto) Repoli. Don (“Rip”, “Ripper”, “Red”) was raised in East Hartford attending St. Mary’s Catholic School and East Hartford High School where he played on the basketball and baseball teams and was Captain of the football team. Don proudly served in the U.S. Army stationed in Panama and obtained his Master’s Degree as a first-generation college graduate. Don was the youngest of five children whose parents were Italian immigrants. He was the last surviving sibling, pre-deceased by Theresa (Repoli) Rizzo, Rose (Repoli) Brown, Francis Repoli, and Diana (Repoli) Kamis. Don was a loving family man working numerous jobs throughout his life to support his family. He was an educator and Vice Principal in the East Hartford school system, co-owner of Mr. Steak restaurants, and proud homebuilder in his retirement. He enjoyed being with his family and friends and attending his grandchildren’s many sporting events. Don loved the outdoors and spending time on Cape Cod fishing at Race Point. Surviving is his son Steven Repoli of East Hartford, his four daughters Cynthia Wolf and her husband Chris of Maryland, Susan Repoli and her husband John Trunik of West Hartford, Kathleen Repoli of Massachusetts, Donna Spangler and her husband Scott Vashalifski of Andover, his nine grandchildren Lyndsey Repoli and partner Kyle Frenette, Tyler Repoli and his wife Lindsey; Matthew, Jason and Leah Wolf; Olivia and Joseph Piacitelli; Charles and Patrick Trunik, and his two great grandchildren Kaylin and Camden Frenette. Our family extends gratitude to Ruth Kirkpatrick, who assisted us in Dad’s care and was a loyal advocate and friend. A celebration of life will be held at a later date. Burial, with Military Honors, will be in Townsend Cemetery, Andover at the family’s convenience. There are no calling hours.