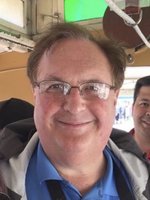 John Joseph Dulak, 66, of Glastonbury passed away unexpectedly at Hartford Hospital on Tuesday, March 3, 2020. He was the beloved husband of Georgina (Aguas) Dulak. Born in Yonkers, New York, he was the son of the late John Charles and Edith (Spooner) Dulak. John graduated from Syracuse University with a Bachelor’s Degree in Environmental Engineering, working as an engineer for the Spencer Turbine Company for many years and most recently for MTU Aero Engines North America, Inc. While at Syracuse University, he was a member of the Pi Kappa Alpha fraternity. John was a long time Glastonbury resident moving from Manchester forty-one years ago. He was a member of St. Dunstan Church, Glastonbury. In addition to his wife, he is survived by his son John Gil Dulak and his wife Kathleen of West Milford, NJ, his daughter Michelle Deandrea and her husband Scott of San Jose, CA, his grandson Joseph John Dulak, his brother Patrick Dulak of Wingdale, NY, his sister Josephine Anne Dulak of Hunter, NY, four nieces and one nephew. A Mass of Christian Burial will be celebrated on Monday, March 9, 2020 at 11:00 am at St. Dunstan Church, 1345 Manchester Rd., Glastonbury. Burial will at the convenience of the family. Friends may call on Sunday afternoon from 2:00 pm to 4:00 pm at Mulryan Funeral Home, 725 Hebron Ave., Glastonbury. In lieu of flowers, memorial donations may be made to the Glastonbury EMS, PO Box 453, Glastonbury, CT 06033.